I read this line by Sylvia Plath, and felt that I had to disagree:

It’s a wonder of a healthy brain – i.e. a brain which is neither affected by illness or stress, nor under the influence of drugs – to maintain a coherent view of the outside world without breaks in the timeline. When we close our eyes, we keep getting input from our other senses, and it all makes sense.

What Plath describes is more like the experience described by my son when he had one of his longer epileptic abscence seizures: ”It felt like being dead,” he said. A reminder that we should all value our sanity and a proper physiological function of the CNS.

Summer is slowly fading away out there in the neglected reality while I’m busy putting abstractions together with the help of a keyboard and a cup of Twinings Earl Grey.

To keep me motivated, or something like this, I’m listening to some albums by Matthew Ryan. You can say that many of his songs are not really songs. You can say that there is a Bono hidden somewhere in his voice (in my eyes Bono is the most overrated singer in current popular music). But then you just have to listen to his love poetry and surrender.

Maybe once in a hundred million years
Has there been one like you, my dear
So bright, so pure, so clear
The torch that lights my way

I can’t even tell if this is shitty poetry or not – I can only feel its impact. Damn, I’m an incurable romantic.

I’m sitting in my hideout shelter at the back of the venue, watching the savannah of Life Science before me, brimming with – well, life!

All the species are there: the ego-minded professors with graying hair, the self-reliant Big Pharma suits, the energetic entrepreneurs with their exploring gaze, the curious, fresh-faced PhD students with hope in their eyes, the battle-proven healthcare staff in need of some sleep, the seasoned postdocs dwelling on what to do with their life, the slightly misplaced healthcare administrators, the well-dressed venture people — and scurrying in the periphery, the busy marketing people with flushing cheeks who are struggling to get their trade show displays ready. 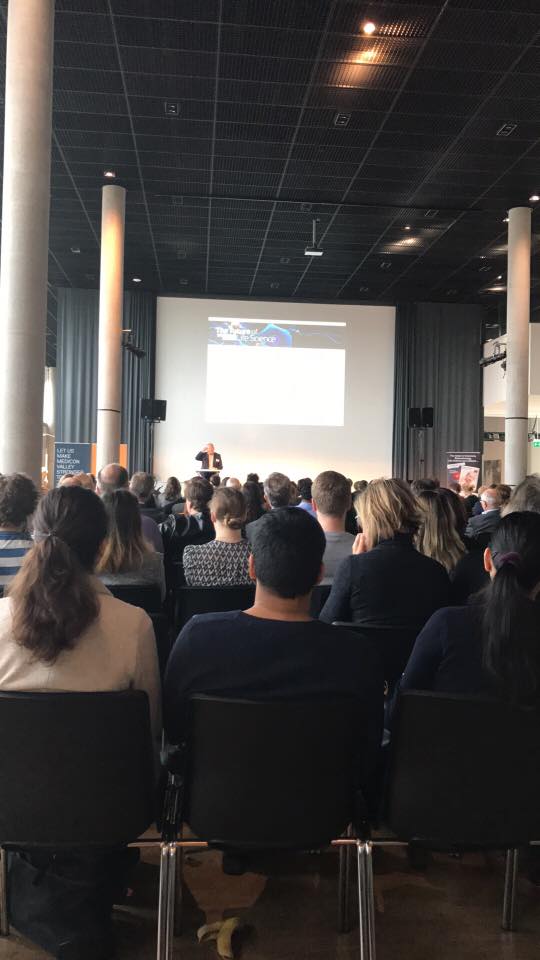 I’m cleaning my address book from obsolete contacts (meaning that I remove people who once were prioritised in my professional life so that I clearer can see my current prioritisations and make sure I have the contact details that I need). While I’m on it, I’m checking through my LinkedIn contacts and some Excel files with lists of people strewn around my hard disk.

A Beatles verse comes to mind:

Penny Lane there is a barber showing photographs
Of every head he’s had the pleasure to know.
And all the people that come and go
Stop and say “Hello”.

We’re not ships passing in the night anymore – we’re part of a global fleet swarming around each other like flocks of jackdaws. 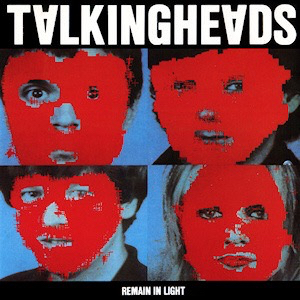 I think this song and video demonstrates what I see as the artistic nature of country music: on the surface, it may seem stereotype and sentimental to those who consider themselves having a more sophisticated taste. But have a look at how the lyrics often dig into the most painful shortcomings of ordinary people, who are trying to just lead their lifes and make sense out of it all. Classic examples are ”Sunday Morning Coming Down” by Kristofferson or ”A boy named Sue” by Cash.

And the musicianship is always top notch. In contrast to contemporary pop music, you can’t make it in Nashville with a voice that needs autotune. 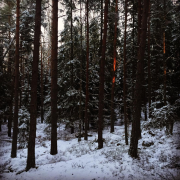 Actually, everything was great.

All of his cousins, whom he held very dear but rarely saw, were there, as well as his three siblings. In this clamorous room, the presence of three generations of family members had inspired his uncle, aunt and father to give the most eloquent, heartfelt and hilarious speeches, and his sister and two of his cousins had improvised a musical performance. The treats of the smörgåsbord were delicious — especially the smoked salmon and the wild boar ham.

But now he felt stuffed and sleepy and the heat from the fireplace and the noise from the conversation made him lightheaded. Too many people talking, too many things going on. When he glanced at the big panorama window and saw the frozen lake and the fir trees heavy with snow he felt like being alone for a while, stepping into the silence of the forest and breathing the cold air.

So he just slipped away from the table as quietly he could and walked downstairs.

In the kitchen, he was surprised to see his grandmother. She was sitting at the table, doing a crossword.
“Here’s one for you, my blue-eyed boy!” she said without looking at him. “‘Where the hammer struck 732’, eight letters, ‘R’ and ‘S’ at the end.”
”Poitiers!” he said. “The battle of Poitiers in 732. The Hammer is Charles Martel, the ruler of the Franks.”

“Excellent, you are always so dependable when it comes to the nitty gritty of history.”
She met his eyes and smiled.
”Lovely but noisy — that’s our family,” she said. ”You and me are alike — we need to be alone for a minute to clear our heads from all the chattering and mingling. Are you going out?”.

”Yes, I thought I’d follow the path to Sjölund’s house for a couple of hundred meters and just say hello to the trees,” he said.

”Very well, then I have a suggestion for you. Why don’t you climb the Korpberget Hill and go down the slope to the south? There’s a chance that there is someone down at the little marsh in the creek who has a message for you. And when you come back, I will feed you tea and oranges that come all the way from China.”

He had always loved these little challenges from his grandmother. Ever since they were children, she had organised little games for him and his cousins — treasure hunts, quizzes, little happenings. But this situation puzzled him; it was simply not possible for her these days to walk through this rough forest terrain in twenty centimetres of snow. But on the other hand, there were plenty of able-bodied cousins who could have helped her.

He nodded at her in silence, went out into the hall and got dressed. Outside the house, he avoided the path and went straight out into the snow in the direction of the highest point of Korpberget Hill (“Raven Hill’). The sun was slowly setting, but he didn’t let it bother him while he made a track in the glittering snow with his boots. He felt embraced by the freedom and friendliness of it all: the open, spacious forest hall of pine trunks around him, the unbroken silence, the golden evening light being splashed over the snow and and the stingingly cold, dry air.

At the top of Korpberget he spotted two ravens and heard their lonesome cawing. Odin’s birds, perpetually studying the joy and misery, triumphs and misfortunes of the human race.

He took the slope to the south in long strides — stumbling, sliding and feeling exhilarated by the sharp cold of the snow that hit his face and his neck. After a final somersault at the bottom of the slope he sat for a while and took in his surroundings. The vegetation was thicker here with grave, dark spruce trees dragging their lower branches on the ground. The snow on the ground was punctured everywhere by scrawny bilberry sprigs which held a defiant promise of a distant spring. Still he couldn’t see any signs in the snow of human activity, only the criss-crossing tracks from hares and roe deers.

He got to his feet, brushed the snow off his clothes, took a few steps on the soft, boggy ground; he was apparently at the edge of the little marsh his grandmother had described. And then he stopped in his tracks and stood frozen.

Not more than twenty steps from him was a moose, apparently a bull — tall, slender, formidable.

The creature held still, the man held still and the notion of time seemed to evaporate in the hastily darkening sky and seep down into the half-frozen marsh. A minute passed, two minutes, an hour — a thousand years …

He felt no threat or hostility from the large beast, just some slightly distracted curiosity. The situation was oddly familiar — like the two of them had had similar encounters again and again since … a very long time ago.

One Swedish word crossed his mind and it felt oddly right to put an end to this moment by uttering it. “Hedenhös!” he said. “Time immemorial!”

The moose gave him a final glance and turned around. It took a few slow steps and then fell into an unhurried trot between the spruce trees — light and agile as a ballet dancer with the snow splashing from its legs.

Later, when he had taken off his outdoor clothes and entered the kitchen he felt his cheeks glowing in the damp, warm kitchen air. His grandmother greeted him with a telling smile as he sat down at the table.

“So who did you meet, my blue-eyed son?” she said.
“Someone who brought me a message,” he said. “To help me answer questions like ‘What should I do?’, ‘What is expected of me?’, ‘Where are we now?’”

She nodded: “The moment you know, you know you know. He has always been there, since I was a little girl, bringing me those messages. And he will be there when I’m gone — it’s a very reassuring thought.”

They sat in silence. The room had become dark. On the floor above, the noise went on. Finally, he rose to go upstairs again. 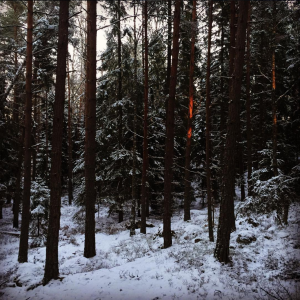 I was a great fan by Joy Division, but never really fell for New Order during their heyday. The music definitely has some atmosphere, but the song writing isn’t great on most of the tracks, nor is the singing. The use of melodica was a wonderful part of the song Your Silent Face from the album Power, Corruption & Lies, but here I find it superfluous most of the time.

Number of stars: **
Will I include it in my living music library? No.

Sounds a lot like a band trying to imitate Radiohead, Smashing Pumpkins and Nirvana; there was a lot of them around in the late nineties. Creep is a great song, but as we have seen from YouTube, it really needs an exceptionally talented singer. (It’s actually a very primitive song, with four chords being repeated over and over again.) To me Pablo Honey represents a proto-Radiohead—the caterpillar which eventually will be the butterfly with two marvelous album wings: The Bends and OK Computer.

Number of stars: ***
Will I include it in my living music library? Creep + perhaps some other song.

The Kitten Covers Tumblr blog presents legendary albums where the people of the original artwork has been replaced by kittens. As I thought the concept was genius, I decided to write short reviews of all these classic albums.

The rules are simple: I have to listen through the entire album (but if a song disturbs me, I may skip it and go to the next). There is no need to focus entirely on the music; most probably, I listen while working, doing my chores or driving.